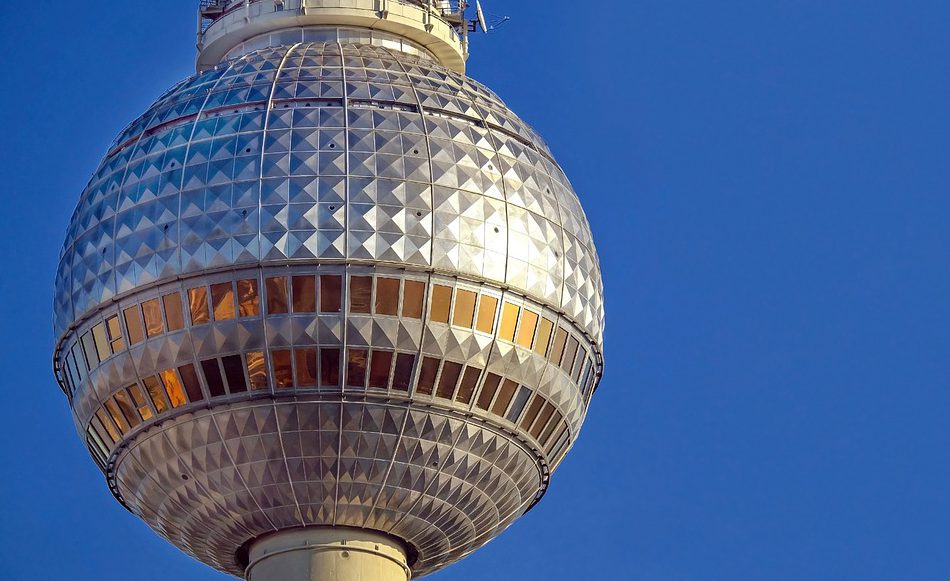 One of the best things about a holiday away is coming home to Berlin.  I just touched down back in Berlin after a long, well earned Australian family break.  Berlin.

Six weeks of sun, surf, old friends and far too much great local wine. What a luxury. Along the way (as any expat can tell you) it is almost impossible not to notice and therefore compare the differences between my country of origin and my country of choice. And I have to say, many of my Australian friends can’t really understand why I choose to stay in Berlin, where it’s cold and grey for a large part of the year, you have to speak another language and you’re surrounded by all those pesky Germans. Admittedly, when I sat under a tree on a gorgeous beach in northern NSW and opened my laptop to return work emails after having eaten a fresh mango for breakfast while my son played on the sand, I began to ask myself the same question!  However, as the weeks went on, I also began to notice smaller things which make a huge difference to my quality of life living in Europe, which are not present in daily life in Australia (or at least not to the same degree).

Things worth coming home for

So, upon my return, here’s short summary of some of the little things I appreciate about living in Berlin.

Oh Heavens. What Australia could learn about the benefits of not having to get in your car the moment you leave home. Admittedly, living in inner city Berlin I am spoilt by living really close to transport connections – I rarely wait more than a few minutes in peak hour on the central lines. In Australia every 15 minutes is rush hour service and it’s not uncommon to have to wait much longer when there are delays. In Berlin the ‘ring line’ makes it fast and easy to circle around the inner city centre, allowing you to travel efficiently between neighbouring suburbs or outer areas of the city. In Australia, you usually have to go into the city and then out again even if you only need to travel to the next suburb.

In Berlin, you can recycle almost anything. Not just paper and glass, but almost anything plastic can be recycled. In Australia the only plastic which can be recycled has to have a little symbol on it, and if it doesn’t carry the symbol, it goes in the trash. I was astounded at the amount of packaging still ending up in landfill in Australia. Also, hardly any public rubbish bins were set up to recycle. In Berlin, every bin on every train platform has three sections, enabling you to choose plastic, paper or trash.

Now, this is a very personal thing I know. Some would argue that you simply get used to the tap water where you are and dislike anything else. This is partially true. But I can tell you I never would drink tap water in Australia, even when I lived there. It just tastes bad – some states worse than others but generally, only filtered water is drinkable. In Berlin there’s no added fluoride or chlorine in the water, and to me it just tastes better. (By the way, my husband insisted in buying water for our entire Australian visit – he claimed he could even taste the difference in the water we boiled for tea…)

Many people realise the Australian dollar has been strong for a while now. Few people realise how extraordinarily expensive ordinary things have become in Australia. Just going to the supermarket for basics nearly sent me into anaphylactic shock. My pension fund ached every time we tried to do something fun. A simple trip to the cinema for two adults and a child costs over $50, and two coffees and a piece of cake at a cafe cost nearly $20. If you have more than one child you don’t get much change out of $100 for any outing, no matter how trivial. True, you can find cheap alternatives (Melbourne Botanic Gardens are gorgeous and free, and of course the beaches are amazing almost anywhere you go) but I have to say when I got back to Berlin and did an enormous family shop to re-stock our empty refridgerator I did a little dance for joy at the checkout when I got the receipt!!

Most people in Australia live in houses, not apartments. Mostly, these are at ground level. It’s also really hot for much of the year so verandahs are prized possessions. What this means is that many houses are pretty dark in many rooms, especially if they’re older houses which haven’t been completely overhauled. How I loved walking into our 6th floor apartment on a winters day and still having the whole place flooded with light!! Of course, ground floor places in Berlin are pretty dark too, but for every ground floor flat you’ve got at least 5 apartments above it! Which brings me to my next point.

But wait, I’m only half way there!

Australia has space. Lots of it. This is classic in many ‘New World’ countries. In Europe, there are so many people in such a small space, and they’ve been there for so long, that effective use of space and all that goes with it seems to be a bit more ahead. For example – we drove so many suburban streets in Sydney that were so narrow you could barely have traffic in both directions because of all the parked cars on both sides. Between the pedestrian pavement and the street was usually a metre and a half of lovely green verge which could easily be converted into proper ‘off street’ parking for the cars, making the streets a much safer place to be for everyone. And while the above mentioned ground floor houses are often lovely, it means the suburban sprawl of cities such as Sydney are immense and unwieldy – leaving a lot of vertical space simply unused.

In Berlin you have fabulous bike paths everywhere. In Australia they are by far the exception rather than the norm, and especially in Sydney you virtually take your life in your hands when you venture into traffic. Add to that the far greater distances between things and the intense heat for much of the year and using a bike isn’t really much of an option for many people. I loved getting back here and getting back on the bike to do my normal day to day travel. The wind in my hair and the sense of connection to my environment are great!

Oh. My. God. The flight. 27 long hours in transit (and that’s with good connections). It doesn’t get easier with age I can tell you, and with a 5 year old child sleeping on your lap those seats feel even smaller. Australia is beautiful, but it sure is a long way from anywhere. Even to get to Asia it’s usually a good 8 hour flight. I love that in Europe I can be on a plane and get to another country in three hours. In fact I can get to MANY other countrys within a couple of hours. I love that diversity and cultural exchange that really only happens when you have lots of different countries and cultures shoved all in together on one land mass.

And last but not least…

Sleeping in my own bed after 6 weeks on the road. OK OK, this can hardly be called a cultural difference, but I really wanted to get to 10!!!

I’m sure there will be many more things that come to mind as I settle back into post holiday life in Berlin. And I really enjoy the re-entry process of re-appreciating my life here every time I return from a stint away. So while I pine for the sun as the rain gently falls outside, I remember that while Australia may win points when it comes to beaches and weather, Berlin wins hands down when it comes to quality of life in general. In my humble opinion.