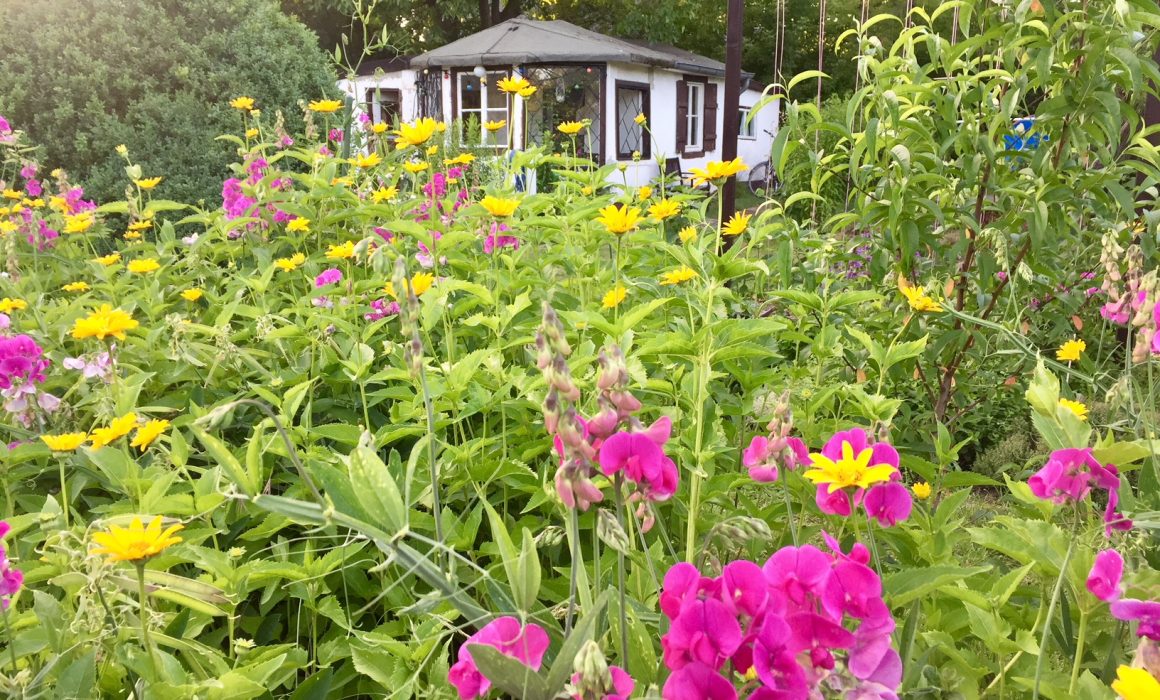 In Berlin if you brave using the excellent subway system during your visit – you may very well see teeny tiny houses and gardens proliferating alongside the train lines at certain points. When I’m guiding private tours in Berlin people often ask me what they are. The British usually refer to them as ‘allotment gardens’. These were absolutely crucial in Britain during the WWII and indeed post-war era in order to allow people to grow vegetables to supplement the somewhat lacklustre food rations during that terrible period. In Berlin they served a similar purpose, but actually have a tradition going way back before the war. Indeed it was a certain Dr. Schreber in the 1800’s who was responsible for the birth of these little patches of green. During Germanys major industrialisation period, he (wisely) counselled the government that the health of the children was beginning to suffer because of living in a concrete jungle and they needed to have more access to gardens. He convinced the government to re-purpose a bunch of state owned land (often near train lines, but not always) to allow people to have these little gardens in the middle of a big city (he began in Leipzig but they are now all over Germany). Over the last century, people have really developed them into almost city getaways, not just gardening sheds now they are usually complete tiny houses where you can cook and shower and sleep. The Berliners fortunate enough to get their hands one of these plots often spend every weekend there in the summer as a way of escaping the city rush. However as the population is much larger now, not everyone is able to have one of these places, and indeed these days people often have to wait years on waiting lists until one becomes free, and then pay rather substantial sums of money to take over the ‘houses’ on the land. Often friends or family share a plot together to minimise work and costs and maximise pleasure. These Kleingarten Kolonien (or small garden colonies) are actually still public land and therefore anyone is allowed to walk through them, even if you’re not one of the lucky ones to have a garden there. It’s a wonderful way to while away a sunny afternoon, wandering the pathways, peering over hedges to see the different styles of gardens here. In the spring it is a hive of activity on the weekends with people weeding, clearing, planting, mulching, digging etc. Garden gnomes abound amongst the fruit trees and in summer children scream as they splash in paddle pools and parents laze in hammocks.

To an Australian like me, used to wide open spaces and nature reserves where you can camp far, far away from anyone else, it always seemed slightly bizarre to me that people would ‘escape’ to a tiny matchbox place next to a train line to relax. When I first arrived I used to look down my nose at these people who couldn’t think of any better getaway. But now, after more than a decade of living in the heart of a big European city with only my balcony as outdoor space and being tied into the school terms with my boy, I actually get it. I long for a garden where I can get my hands in the soil and see my food grow. I don’t have time or inclination to go on weekend getaways all the time. So you know what? I have my name on the waiting list at our local Kleingarten Kolonie. And I can’t wait to be excited about my matchbox house next to a trainline!