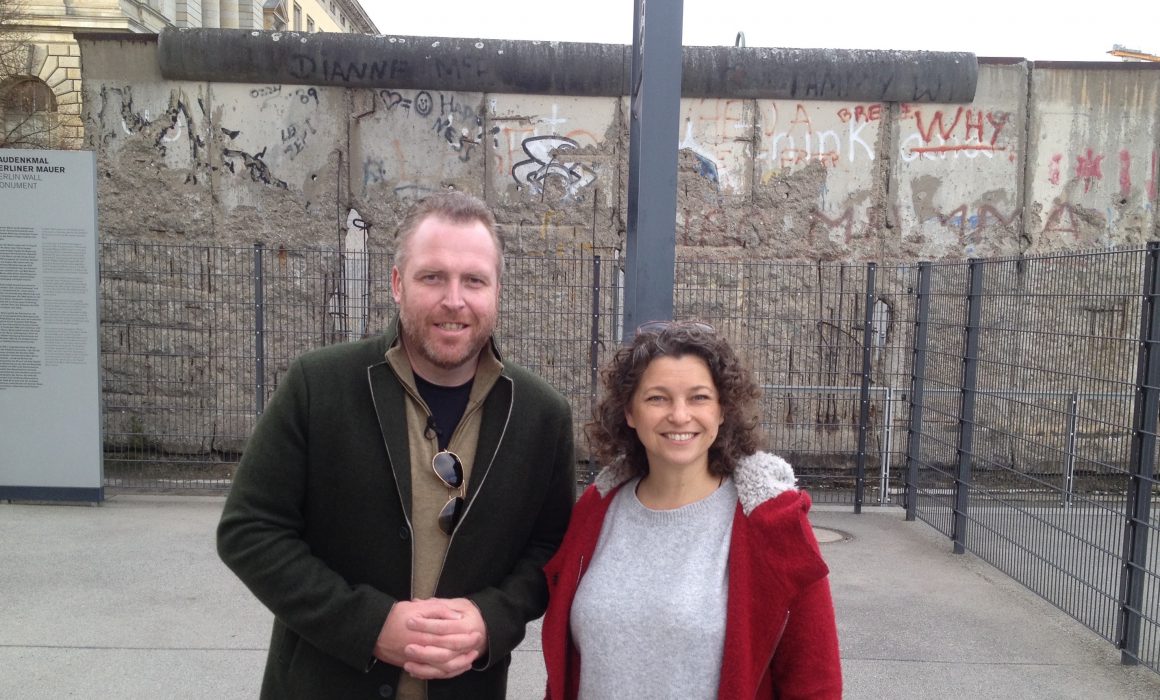 What to do when you’re asked to provide a private tour of Berlin for one of the most experienced travel journalists in Australia? You accept of course. Then you panic about what to wear.

I stand in front of the mirror. Red jacket with grey sweater? Grey jacket with red sweater? Jeans, jeans are good, they say casual comfortable holiday feel. Makeup? No question. Hair? Wear it out. Wish fruitlessly that I hadn’t put on 10 kilos in the last years. Ironically I’m aware that had I been a male tour guide, these questions would probably never have surfaced or at least with not such teeth-grinding pressure.

When I finally met with James Wilkinson for our tour of Berlin he was remarkably unremarkable. Considering his punishing schedule (I dread to think how many hours a year he spends in a plane) he was astoundingly down to earth and relaxed. Editor of Time Out Australia as well as a host of other titles which he juggles, amongst other things he is currently filming a series called Wayfarer – Executive Edge and wanted to do a segment on Berlin, so I was on hand to show him what was possible.

I must say – I am no stranger to public speaking. And as a tour guide you cannot have a shy bone in your body. I have led tours for one person or 60 people and it takes a lot to faze me. Strange Berliners jogging in white with a cassette player blaring? He’s a regular. (Distracted James though!). Mime artist behind me? No problem, keep talking. But having a camera pointed in my face was a little….. unsettling. I heard dates come out my mouth that were clearly incorrect – “Sorry! Actually the Reichstag was not built in 1871, but 1894! 1871 was German unification…” What was happening to me? Deep breath, start again. Luckily when you’re being filmed, you can do more than one take – a luxury you don’t normally have on a regular tour! But that luxury comes with it’s own problems too.

A guy in a bike ride through the shot? Start again. Muddle the intro? Start again. Camera angle bad? Start again. It was like a private Berlin tour a la Groundhog Day. Needless to say we didn’t have enough time to cover everything of interest that I would normally do on a tour (doing everything three times over at least takes a lot of time) but we did capture enough to give a flavour. A snapshot. An inspiration.

So if you feel like watching me in action – muddling my words and all – you can check it out on Wayfarer!

And feel free to let me know if you think the red jacket grey sweater combo worked. Actually then again, don’t.

Contact me for the real experience without the cameras – I swear, it’s better!