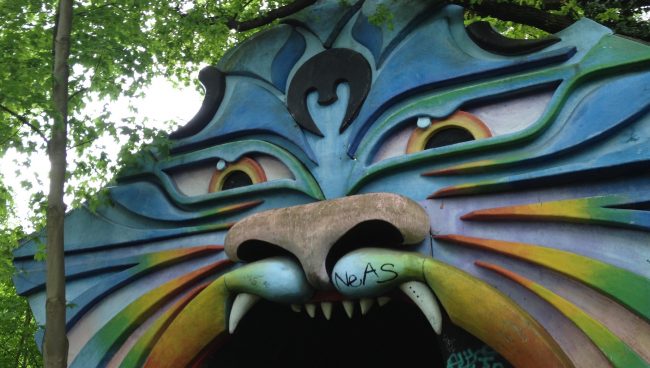 On the Banks of the river Spree in Berlin sits a giant, overgrown, rusting amusement park.

It began back in the DDR times and was sold after the Wende (literally ‘the turning’, generally known as the fall of the Berlin Wall) to the Witte family – old Carnies wanting to own their own show. And own it they did – for a while it was very successful. Then the Berlin Senate decided to limit the parking spaces because of the Forest reservation all around the Park. And within 5 years they went broke. Not giving up, the family Witte decided to move to Peru- yes Peru – and start a new Park.

They shipped the most loved attractions, rented a house and tried to make it work. But it didn’t. Broke again, the father decided to play with the Devil and cooperate with the drug cartels, helping to ship cocaine back to Germany in his amusement machines. It didn’t work. He spent 4 years in prison in Germany, his son is still in prison – unfortunately for him in Peru where conditions are terrible.

When I arrived in Berlin people would simply jump the fence and brave the sporadic security to take photos of up-ended dinosaurs and the creaking Ferris wheel. For a short while you cou do a guided tour (unfortunately only in German)– on Saturdays with the daughter of the former owner who would show you where she left her footprints in the concrete path and talk about the glory days long gone.

An old train chugged it way around the outskirts revealing the overgrown landscape with glimpses of machinery through the undergrowth. It was a sad and somehow eerie experience. And like much of Berlin it no longer bears any resemblance to what it was 10 years ago.  The site was bought at auction by the city of Berlin who is now ripping everything out to re-develop the site.  Stay tuned for what will be the next phase of this extraordinary story! 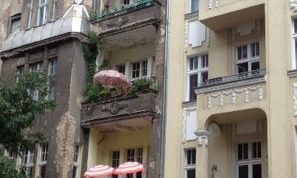 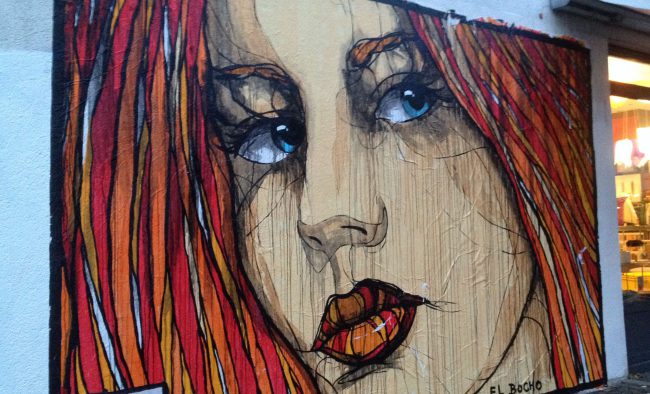 Going on holiday is wonderful. I love it. I used to be a constant traveller, somewhat of a nomad, forever changing cities, countries, people and places.  But not any more. END_OF_DOCUMENT_TOKEN_TO_BE_REPLACED