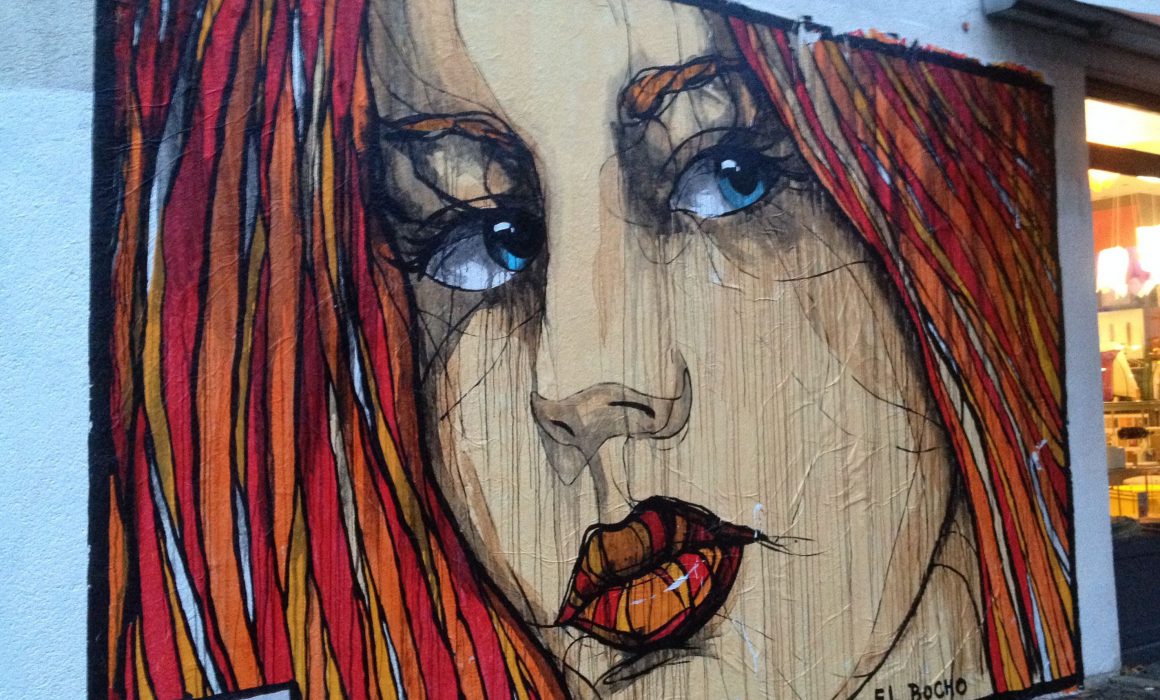 Going on holiday is wonderful. I love it. I used to be a constant traveller, somewhat of a nomad, forever changing cities, countries, people and places.  But not any more.Since I’m now more than a decade solidly based in Berlin, this has changed. Especially since becoming tied to the schedule of school holidays and the yearly ebb and flow of running my own business.

Going away in order to return

This is a long way of saying I went on a well earned holiday at the end of October, with my gorgeous family for a full 10 days. Bliss. Warm mediterranean waters, sandy beaches, lazy morning sleep-ins – the full holiday works. But one of the best bits about going on holiday, is the coming home bit. Not the unpacking and sweeping up of sand from the living room floor and 5 days of solid washing on the go, not that bit. But the recognition of place bit. The sense of ‘aaah, back in Berlin’ feeling that I get almost every time upon returning. The uniqueness of this particular place, this particular neighbourhood. My local bakery who knows I only drink one kind of tea. The book shop owner who asks if my son’s at school now. Even the familiar scowl of the unhappy woman at the supermarket checkout.  The personal amongst the city monochrome.

And this time Berlin seemed to deliver more than usual on this returning home theme. Within three days I had seen so many sights that remind me I am here and nowhere else but home. I started to take mental notes, to compile a list.

-Walking to the corner store (shops all closed on Sundays) only to be passed by a man on a bike, probably in his fifties, wearing a grey miniskirt and matching thigh high stilletos.

-Coming out the same corner store after buying a few necessary items that couldn’t wait til Monday to see that particular breed – the Berlin hipster. The male of the unbearded subspecies is becoming rarer as the bearded version takes over at an unparalleled rate, but is still worthy of note. Skinny designer jeans, shaggy hair, very large dark glasses, beanie even on a warm day, talking on the latest tech, smoking a roll your own cigarette whilst downing a green smoothie. Yes.

-On the way to work the next morning, walking towards the subway a man approaches me from the other direction wearing a grey business suit and smart black shoes. Sporting a large, red mohawk.

-Same day, on the way home from work I see a man exit a beautiful late 19th century building with a bicycle. Nothing unusual there. Except that the bike has three seats and three sets of handlebars and is about 10 feet long.

-The next day seeing a woman in full islamic dress, even covering her face so that only a shadow of her eyes could be seen. Yes, this neighbourhood is changing. The more diversity the better in this rather white bread neighbourhood where I live.  I wonder how she feels, knowing how different she looks here.

-The same day, on a late afternoon tour with clients – seeing a bunch of kindergarten kids on a Lantern Parade – a very German tradition.  Walking though the early night hour with little home made lanterns and singing German lantern songs – accompanied by a most non-German instrument – Bagpipes.

Berlin is the New York of Europe

What I love about Berlin and what I say often to clients – Berlin is not Germany in the same way New York is not America or London is not England. This is a vast melting pot of cultures, people, ethnicities, economic demographics, and identities. At the end of the day we are all people and isn’t it wonderful we can live in this sprawling network of communities within communities, diversity within diversities. Thank god for Berlin.

(NB. the photo for this piece is an El Bocho portrait, one of a series called ‘citizens’).