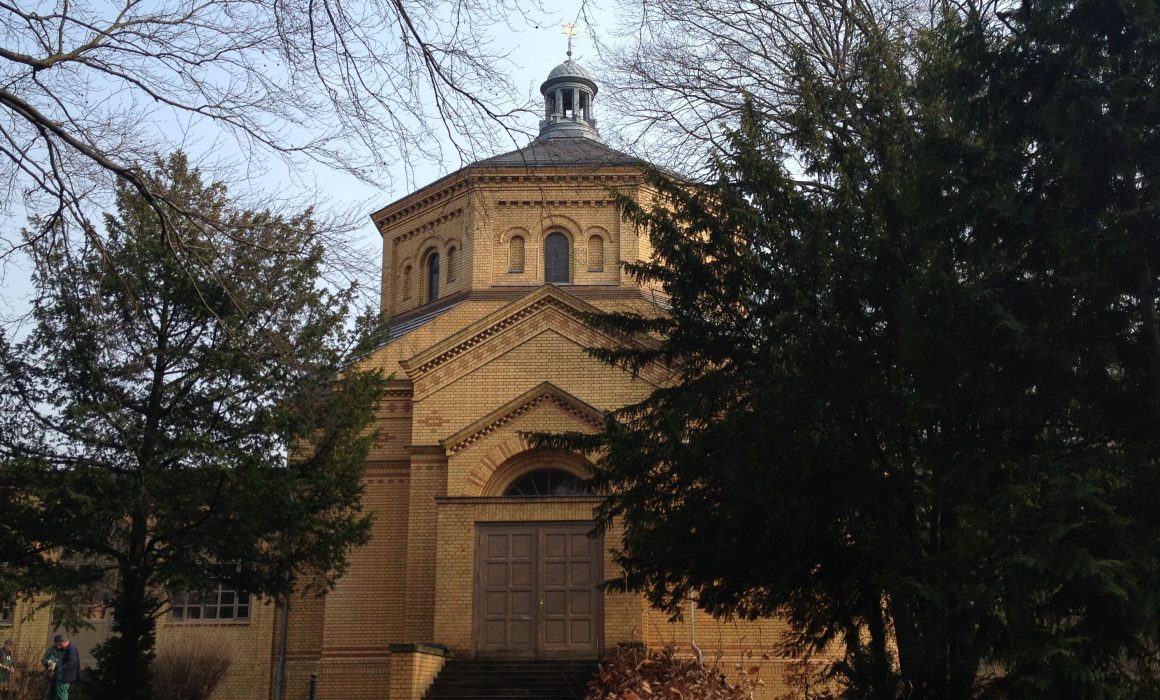 Walking into the enormous Weissensee Cemetery is like stepping into another world, in many ways stepping back in time.

Towering trees sway in the breeze, graves stretch before you, seemingly without end. There is a calm, peaceful ambience. This is the largest Jewish cemetery in Berlin, and is the largest operational Jewish cemetery in Europe. Strangely, it was left alone by the Nazis – among the ranks of the Gestapo there were rumours it was haunted and so they kept away. It fortunately also escaped the bombs, so it’s intact archives are an invaluable resource for historians.

Wandering the paths with a map in hand, it is hard to envision what people saw here during the war years. When deportations were at their height, eyewitnesses say they were laying out up to 100 bodies a day – usually suicides. Many were buried without gravestones. Today, the German army raises funds and installs small, simple stones to commemorate these unmarked graves.

And that is not the only relationship the German army has to this place – every year they come and hold a ceremony to honour the Jewish soldiers who fell fighting for Germany in WWI. At the far end of the cemetery by the back wall on a small hillock lie hundreds of small concrete headstones for those fallen soldiers. It’s interesting to note that there is still room for more. How many more did they expect to die in that great war?

Looking after the graves here is a huge task. Many of the people interred here have no one left to care for their graves. Through the divided years, this was in East Berlin, and there were only very few employees. Much of the land and many graves fell into severe disrepair. These days many graves need restoration, but where to start? They’re starting with the family mausoleums. Sometimes lavish affairs belonging to wealthy Jewish families of the late 19th Century, many of them are beginning to crumble (as the director says – look at them hard enough, they’ll fall over!). Of 3400 mausoleums needing repairs, they had completed only 50 restorations as of 2010. But you have to start somewhere. One of them was extraordinary – winding vines and golden flowers with hearts of red. I have never seen a gravesite like it.

famous and ordinary side by side

Here are buried many important and sometimes famous Jewish people. Many victims of National Socialism are of course here too. Many of the modern graves sport Russian or Eastern European names, indicating the shift in demographic of the Jewish community here in more recent years. But one gravestone in particular caught my eye. Nothing special, no one famous. Just an ordinary person and his wife, buried side by side beneath the trees. Plain black stone, simple gold lettering. But I looked at the dates: Born respectively in 1933 and 1936, dying in 1998 and 2006. Children during those terrible years of persecution and death. Buried in Berlin in their old age. I wanted to know what happened in between… How did they survive those years? Did they and their parents flee or somehow survive here? Did they grow up, live and die somewhere else, only to be buried here? Or did they continuing living here, or move back here to the country of their birth and subsequent persecution… So many questions. Ordinary people, with probably extraordinary stories to tell.