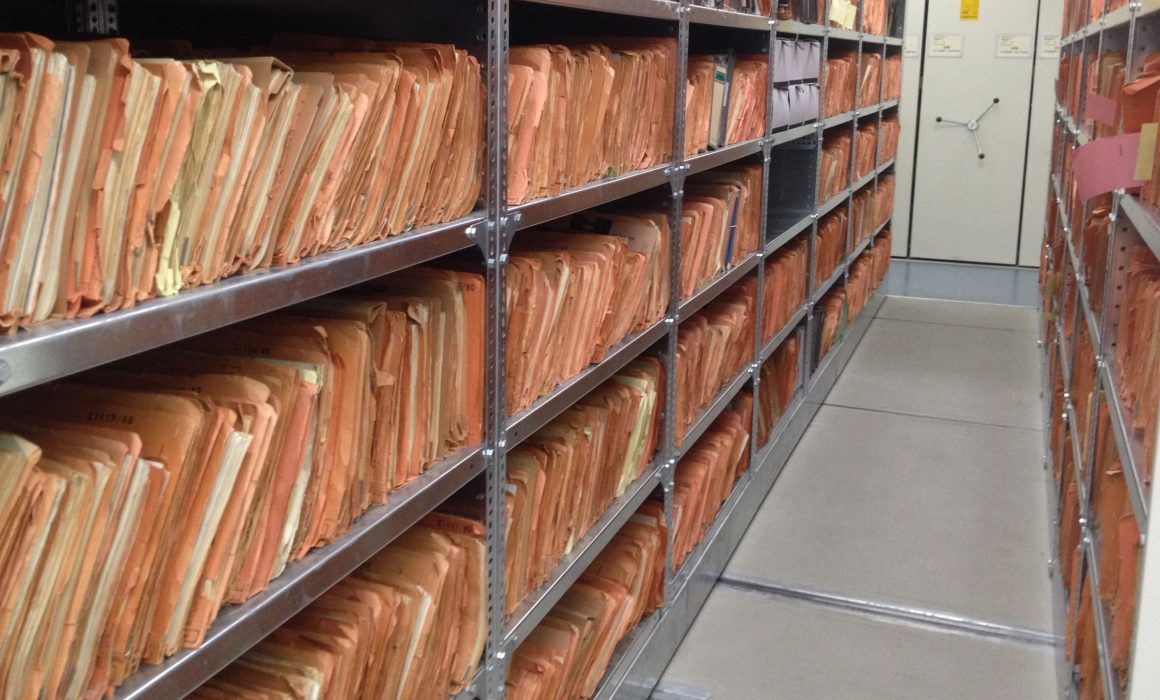 Stasi. A word of power in East Germany. The Stasi were a formidable force of the Cold War, and some argue the most effective counter espionage system in European history.

It was the largest State owned employer, and in the national budget of East Germany in 1989 it was the third largest expense of the country (only topped by military and social security expenditure). At that point it had 91,000 official employees. That’s a huge company. But that’s just the tip of the iceberg. They had another 189,000 ‘inofficial employees’ (IM), 6000 of whom were at the time operating in foreign countries. That’s approximately 1 in 60 of everyone in the country. But wait, there’s more, and it’s not a free set of steak knives. There were many other cateogories of informers, who were not classed as ‘IM’. One off informers, trainee informers, prison informers, house informers, etc. Depending on how you define the workers and add all of these together, it can total almost 3 million people, who at some point of their lives had worked for, or fed information to, the Stasi. That’s simply astonishing. One in six of the entire East German population.  It goes without saying that it was the most powerful organisation in the country, who literally had power over people’s lives to a phenomenal extent.

The end of an era

And then it all abruptly came to an end. November 9th 1989 saw the fall of the Berlin Wall, and with it, the end of the DDR government and all it’s attached apparatus. What did the Stasi do? Simple. They started shredding. And shredding. They shredded til their poor little shredders gave up the ghost and went to wherever shredders go when they die. They bought more shredders. Burnt them out too. And when that happened, they got creative and desperate. The creative mixed files with water and fed them into a mill, literally making papier mache. The desperate simply started ripping up literally countless documents by hand.

The Stasi cental archives in Berlin were finally raided by a citizen’s group on January 15th 1990, a little more than two months after the Wall opened. They found more than 15,000 bags of documents torn by hand. Thousands more sacks of files shredded or milled. But don’t worry, there were still 111km worth of files left on the shelves, not to mention 47kms of microfilm and various audio, film and early digital files.

And of course then, the burning ethical question – what to do with all that data??? The radical opposition to the East German regime wanted to make it all public. Certain politicians (including, somewhat surprisingly, many from the West) wanted to destroy it all. Clean the slate. The Round Table committee set up to deal with it in those days was headed by Joachim Gauck, Germany’s current president. They eventually decided on a middle road. They did destroy some of the files (some people say it was a lot more than ‘some’). These were primarily files pertaining to those 6000 foreign agents mentioned earlier (though a partial copy of some files on Microfilm ended up with the CIA but that’s another story…). They allowed access to files (you can apply to read your own file, for example), but in a redacted state to protect the identity of others mentioned in the files. And if it is your personal file, you can also apply to know the true name of the person who was the informer. As you can imagine, this has been pretty controversial politically and on the personal level has strained or torn asunder some close friendships, family relationships and in some cases even some marriages.  To date there have been 7 million requests for file viewings.

Today the Stasi Headquarters are a museum, and it’s archives are open to the public. Thousands of school groups from both Germany and abroad visit to be educated about the machinations of the former government and it’s security services. And older, more informed visiters to Berlin come here too, on their own or with a private guide, to get a glimpse into how life was under massive state surveillance back then. You can walk though Mielke’s office and see where the decisions were made which terrorised a nation. If you book in advance and with a small group, you can actually get a private guided tour through the central archives of the Stasi in Berlin and see the climate controlled rooms where those 111km of files are still stored today.

That’s not to say surveillance in Germany ended with East Germany. Love him or hate him for it I think Edward Snowden has made it abundantly clear that surveillance is alive and well in our post cold war western world, even in Germany. These days it’s mostly electronic, allowing for mass data collection on a previously unheard of scale the likes of which the Stasi could only dream about. Back in East Germany only 26 years ago it was real people opening real letters, real people rifling through real rubbish for contraband packaging, real people in silly disguises with real hidden cameras. Sounds like a weird James Bond film from the 70’s, but it was real life for the people of East Germany only 26 years ago. And walking through the archives, breathing it’s specially cooled and humidity controlled air, looking at shelf after shelf after shelf, hearing statistics which are so mindblowing they feel impossible, the legacy of the Stasi lives on.

And that perhaps may explain in no small part why the Germans take their data collections laws very, very seriously.

Suggested Viewing:  The Lives of Others (2006, German with subtitles)